Goodbye AOL and Hotmail: What to Use for Email During Your Job Search 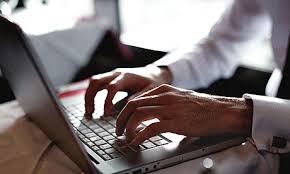 Why I recommend using Gmail for your job search

It seems so basic: having an email address. Everyone has at least one. Even with all kinds of social media, email is a standard tool of the US corporate job search world. While there are email providers that specialize in end-to-end encryption and even encryption of your whole mailbox, we’re talking here about everyday tools for email.

Email is a basic that sometimes job hunters get wrong. So this guide revisits your email address.

First: AOL, believe it or not. Even now, in the 2020s, we still need to tell those using an @aol.com email address to stop, because it announces your age. (To test this, I did an instant poll with a few dozen people in my network, aged 24-66, asking them “What is your impression of someone who emails you from an AOL.com email address? 100% of them replied, “They are old”.)

At the dawn of the Internet in the early 1990s, AOL was one of the very few sites that offered search and email capabilities. So everyone got on board -- but in a few short years, most stopped using AOL when many other options became available. Yet decades later, some users with AOL addresses have refused to stop using their @aol.com in their job searches, saying they don’t want to give up those cherished old addresses. If you’re one of these folks, you don’t have to give it up: just use it for friends and family only…but do not use it for networking and job search or you’ll be labeled “old”. Yes, that shouldn’t happen, but it does. For job search, use Gmail.

Early on, Hotmail.com became strongly associated with spam, so some companies began to actually block all @Hotmail.com email coming in, including email with your resume attached. Although Microsoft bought Hotmail years ago and said it would convert everyone over to outlook.com email, it did not do that for everyone. Avoid any blocking: get a Gmail address.

Why not Yahoo? or Comcast?

These are also dated, like AOL and Hotmail, and they are frequently hacked. Like the others, sure, keep it for personal use if you just can’t let go. But use Gmail for job search.

Why use Gmail? (I have no financial connection with Google or Gmail.)

For many more settings in Gmail that you can play with, see this article: https://www.fastcompany.com/90576550/useful-gmail-settings-tips-ios-android

Some Last Comments About Email

Speaking of your email address: Do NOT put your birthdate in your email. When you see MarySmith081277@gmail.com, it’s kind of easy to see that’s her birthdate right after her name. A bad person using her name and birthdate can find out a lot about her identity…don’t open yourself up to this problem.

Do NOT put cutesy or risqué words in your email: puppymomma@gmail.com, Bigones@gmail.com, HeadTurdPolisher@gmail.com (someone on LinkedIn uses this last one as a job title in their work history, I kid you not). Resist the temptation!

Stay professional at all times, even if it’s “only” your email – because it says a lot about you.