Joanne posts almost every day on LinkedIn. Check it out.

The Newsletter: Between the Trapezes 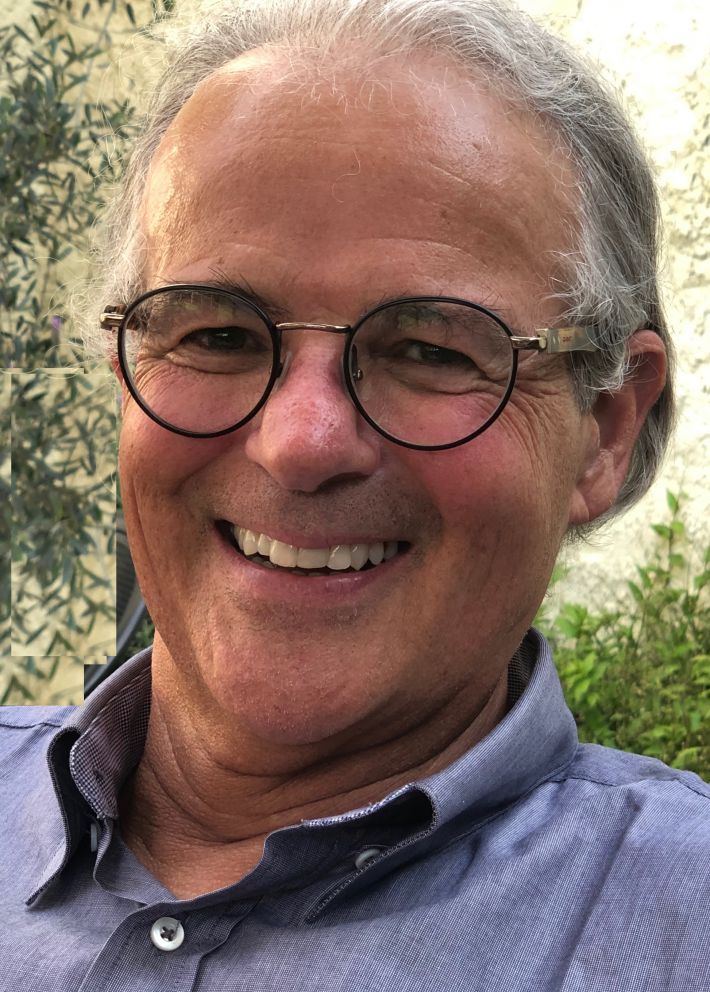 I feel numb, he said right after telling me, saying the words that are always so hard to say: I’ve been laid off.

In fact, they cut the whole team.

I remember saying Oh no, then reaching out to hug him. He’d never been laid off before. Ever.

I also thought: But they’d just hired him 5 months ago. How could they cut this team they created specifically to cut costs and find and fix inefficiencies?

Now I was numb.

My husband and I believe in abundance, not lack. So we normally “go to” the good side of things, the optimist side some might say. But it was still amazing to see Dave put the surprise behind him so quickly, and get to work – on starting work as a consultant. No more W-2 life, which he found too restrictive.

He’d been thinking about this for some time and felt set free by the layoff. "I get strong technical results and want to do way more." With Dave’s network, he set to work.

In just days, he contacted a dozen people in his network, all former coworkers and team members, alerting them to his new status.

"I have to thank [my old company]," Dave has said several times, "for letting us go. It was a kick in the pants to finally do this."

Pursuing a dream is great. But what about very now things like health care benefits? 401-K? Life insurance?

Meanwhile, he learned that several hundred more at his former company have been laid off.

Benefits: COBRA for 18 months, then at that time we’ll figure out what covers us. Maybe a miracle will occur and Congress will actually create something that will help entrepreneurs be entrepreneurs and NOT be stuck having to worry about health care coverage, instead of destroying such programs?

Dave’s contacts have gotten back to him, generating some activity around him signing non-disclosure agreements and discussion of his rates. Thanks to a friend, he’s learned the latest on what to charge per hour and per project, for each of the tech tools he knows. A call from a recruiter who found him on LinkedIn generated some excitement about a 6-12 month contract with a huge health care company, with a good phone interview. But the subsequent interview with the hiring manager led to a dead end when both Dave and the hiring manager didn’t find enough common ground to continue the conversation. "That’s fine", Dave said. "It would have meant an awful commute." He almost seemed relieved.

He’s been finishing several technology courses and starting new ones, learning tools that will help him solve technical issues. Being a toolsmith, he’s thoroughly enjoying this part of the process. He’s an ace problem solver and is sought out for his tenacity and creativity resolving issues. It’s a sport to him.

In short, Dave is being very productive and getting a lot done that’s preparing him for contract work. Work will come from his network which he’s talking with almost every day. He’s energized and upbeat. And seeing him so happy and driven, so am I.

The resume is done, the activity yielding a clarification of goals, a seldom-mentioned reason to do a great resume. Contacting the network and doing projects with various tools: continuing. Finishing (for now) LinkedIn is next, new business cards done, website advancing.

Some courses are done which Dave aced (yes, they actually DO give tests in MongoDB courses!). Other coursework continues, and Dave’s tweaking all other materials to reflect his refined skill levels. His networking also continues.

Now Dave has the required insurance to work as a contractor, and is sending out SOW (Scope of Work) proposals for software development, largely to those in his network who need his skills at their companies. This brings him closer to consulting gigs. He’s seeing how he has to help his contacts market him within their company. He’s also continuing to take classes and add to his skills on his resume and LinkedIn. That never stops!

Are there moments when we feel like we’re overlooking an abyss? Or driving on an unknown road with no maps, no signs? Yes. But Dave’s happiness taking this unknown path is a powerful thing that drives us both. He was there for me when I started my coaching business back when we were still called "counselors", and now I’m here for him, with him.

Dave has now landed two contracts, with two more likely. All are done remotely; given that companies don’t like to pay for travel, all meetings are via Webex or Zoom or similar, from Dave’s rather simple home office. We credit this result with 1) his reputation from his W-2 days as the guy on the team who solves the problem, and 2) him carefully laying the groundwork via networking these last few months. And 3) faith in himself and 4) how he’s helped others before, and now it might be time when others help him.

And that has happened: his reputation as being a technical problem solver who’s helped others in a pinch, helped them so they could finish a crucial project, "sold" him. So naturally, they thought of him again when it came time to hire a contractor, especially when they knew he was now available. We never thought of him as "in transition", a label I don’t like because it sounds like a disease. Instead, we thought of him as "available", like a draft pick in professional sports; instead, he was "between successes", his story still being written. I tell clients this so they, too, don’t think of themselves as tainted somehow -- they are NOT and shouldn’t be thinking of themselves as such.

He’s heard from some recruiters contacting him via LinkedIn about W-2 roles, but he’s sticking to his guns about contracting, and working from his home office. "No commute" is fine with him.

After a layoff, and then striking out as a consultant, at first you can’t see far enough ahead to know when the "gig" will actually pay. But then you can: all their questions are answered, they have a painful problem they want gone, they have the money, they have a timeline, they agree to your fee, and you have a start date. And when the checks come in, it’s very real: you are a consultant who’s found your own way. And it feels great. The early days of having to get insurance and getting set up were all worth it and seem very small costs now.

In the past 2 years, Dave has worked with about 6 different clients now as a consultant. Usually it’s 2-3 client projects at a time. Fortunately, they all can operate online in this Time of the COVID-19 Virus, and their projects are going forward. While there’s no guarantee that will continue, given that their businesses have been deemed "essential" he’s optimistic, we’re optimistic. (Being a consultant after years of being "on staff" involves the whole family, in this case the two of us. My starting my business after a layoff in 2003 was the same kind of decision: are we both in this together? Happily then AND now, yes!)  Dave works hard and does not coast, and the result is his name gets passed around as "the" technical guy sought out by the technical staff.

He still hears occasionally from recruiters via LinkedIn but it’s never a real fit. When you have carved out your own path, the sense of freedom in how you do things gets very clarified, and working "for" someone again seems like a box too small.

Over time, Dave sees himself continuing to work but likely tapering down in hours. But like me, he never wants to let it go and does not see himself in "retirement", which to him means "doing nothing". He always wants that connection with his field and his work, always wants to keep up. And he does. Which makes him the resource he is.